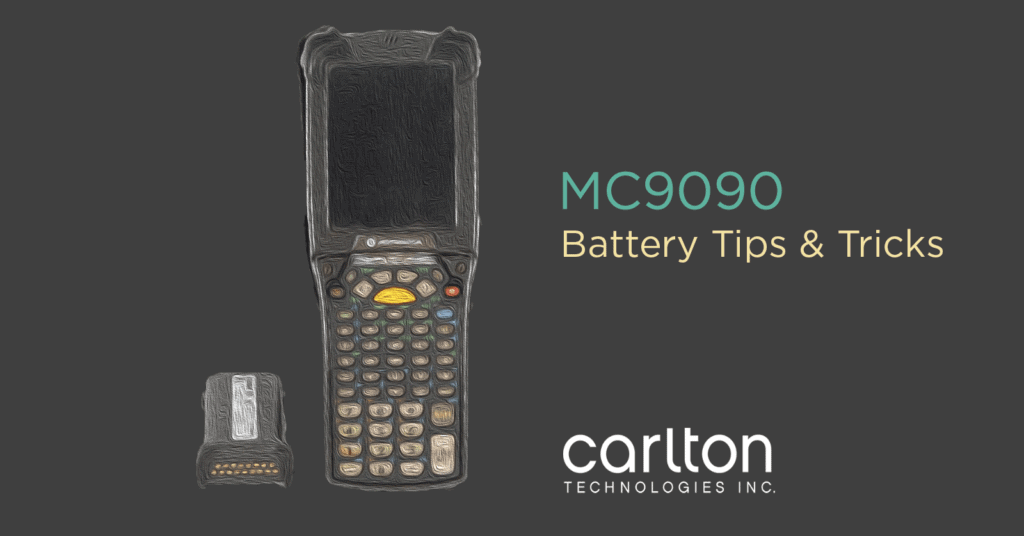 MC9090 barcode scanners won’t run without a functioning battery. If your Motorola / Symbol MC9090 battery is not charging, powering on, or dies quickly, we’ve assembled a guide just for you.

In this article, you will find common tips, tricks and best practices when it comes to troubleshooting your Symbol or Motorola MC9090 batteries. Ready to get started?

Before using your MC9090, slide the battery into the device until you hear two audible clicks.

When a battery is fully inserted into the device for the first time, the mobile computer boots and powers on automatically. 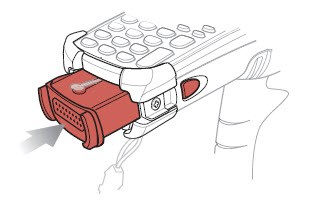 The back up battery should also be fully charged before using the device.

To accomplish this, place the unit in the cradle. A completely discharged back up battery will take up to 15 hours to fully charge. 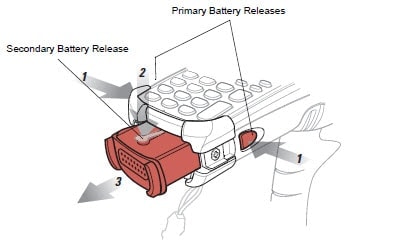 How to Check MC9090 Battery Status and Health

To check the main battery charge percentage in the mobile computer:

If MC9090 Backup Battery is Low

Use the following accessories to charge backup MC9090 batteries:

How to Charge a Backup MC9090 Battery

MC9090 Battery Will Not Charge

If your Symbol or Motorola MC9090 will not charge, it could be because of a bad battery, a faulty power supply, worn cables, or even a damaged cradle. To troubleshoot, try charging a different MC9090 unit. For Symbol / Motorola MC9090 maintenance, you’ll have to work with a trustworthy third party like Carlton.

MC9090 is still not charging. It’s likely a problem with your accessories or cradle, not the MC9090. We have replacement MC9090 accessories in stock for less.

The other unit charges. If the second unit charges, then it’s likely a problem with the first MC9090 scanner. Hardware issues include faulty connector pins, worn keypad mylars, and a damaged motherboard. Software issues with the OS can cause battery charging issues for your MC9090.

In both cases, we recommend sending the MC9090 in for maintenance. Get a repair quote for the MC9090 below.

How to Calibrate an MC9090 Screen