All Zebra QL Series printers can communicate by cable; the specific cable supplied with your printer will vary with the host terminal and your model printer.

USB Communication (QL Plus Printers Only)

The small connector on the USB cable plugs into the printer. The connectors are keyed to assure correct alignment; do not force the cable if it does not plug in. The other end of the cable must be plugged into the host terminal as shown below, or to a serial or USB port on a computer. The QL Series is configured with the USB Open HCI interface driver allowing it to communicate with Windows based devices.

USB drivers are included in the Zebra Universal Driver which can be downloaded from the Zebra website. Other terminals or communications devices may require special drivers to use the USB connection.

If you are connecting a communications cable to the printer permanently, use the strain relief built into the belt clip retainer to prevent excessive strain on the communications connector. There are two different kinds of strain relief features. If you are using the printer with the standard belt clip, bend the cable in a broad loop to relieve stress on the connector and press it into the retaining feature on the belt clip. 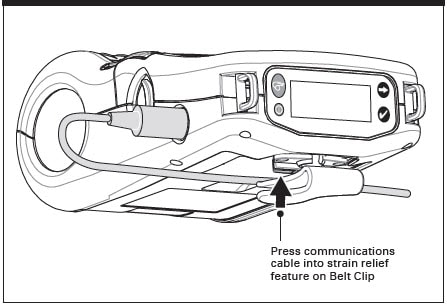 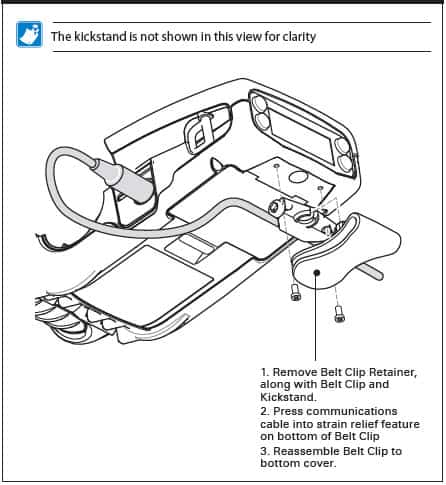